Americans Are Losing Their Right to Not Conform 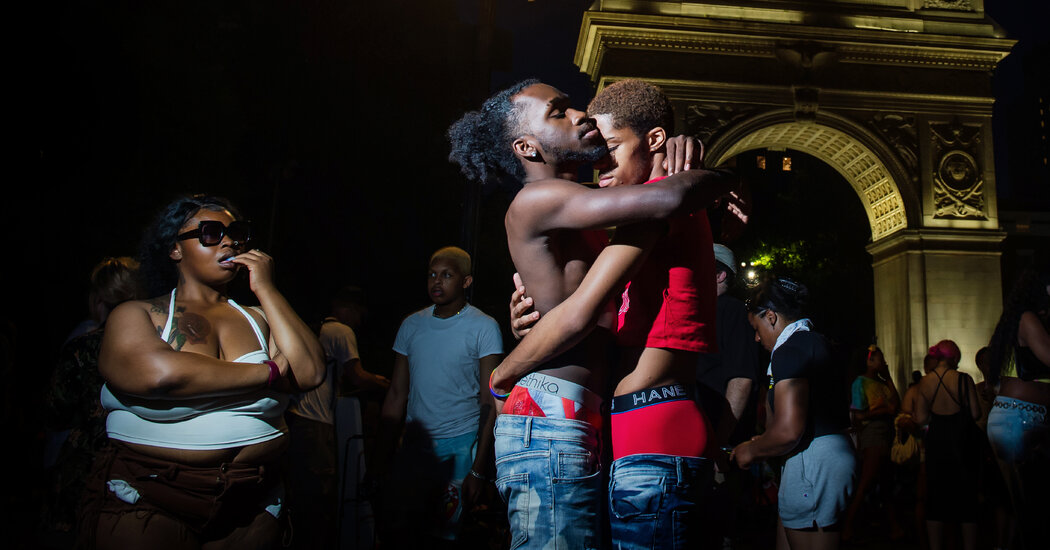 On June 24 the Supreme Court laid waste to Roe v. Wade and Planned Parenthood v. Casey on the grounds that the right to an abortion is not enumerated in the Constitution and is not deeply rooted in the history and traditions of the United States. As many commentators have noted, similar objections could be lodged against precedents like Griswold v. Connecticut, Lawrence v. Texas and Obergefell v. Hodges, which recognize constitutional protections for contraception, sex and marriage.

It is curious, then, to see today’s conservatives celebrating the prospect of overruling privacy rights. Such rights have for years protected Americans who have chosen the path less traveled — those who have bucked traditional ideas about sex and family. Without those rights, it would be much harder for Americans to make choices about some of the most intimate aspects of their lives, like whether and when to have children and with whom to partner and make a family.

There is something profoundly un-American about challenging these cases and the principles that underlie them, at least according to the American ideals that liberals and conservatives alike used to profess. In a 1928 presidential campaign speech, for instance, Herbert Hoover, a Republican, invoked “the American system of rugged individualism” — the notion that America was a place of free markets, individual thought and a dogged skepticism of state-imposed conformity.

It’s obvious that many of those on today’s right do not think of L.G.B.T.Q. rights and abortion protections as a matter of individualism, in the old-school conservative mold. They see departures from the traditional heterosexual family and traditional gender roles as aberrant and wrong. But that’s odd, because the freedom to define oneself — to not conform — has deep roots in the American traditions of pluralism, independence and resistance to the prospect of government compulsion.

The right to privacy was established in Griswold — the contraception case — in 1965. In that decision, the court referred to two 1920s parental rights cases, as well as more recent cases in which the court recognized constitutional protections for those espousing unpopular political views. The message was clear: The Constitution makes room in our society for those who do not conform to traditional norms, whether politically or in the conduct of their intimate lives.

The End of Roe v. Wade

Commentary by Times Opinion writers and columnists on the Supreme Court’s decision to end ​​the constitutional right to abortion.

Justice Harry Blackmun, who wrote the majority opinion in Roe, underscored this view in his dissent in Bowers v. Hardwick, a 1986 case upholding a Georgia law criminalizing sodomy. The decision was widely regarded as a blow to the growing L.G.B.T.Q. rights movement. Justice Blackmun looked askance at the prospect of laws that would evince the state’s preference for heterosexuality by criminalizing the private sexual conduct of gay men and women. He explained that in our diverse nation, “there may be many ‘right’ ways” of conducting relationships and that “much of the richness of a relationship will come from the freedom an individual has to choose the form and nature of these intensely personal bonds.”

Three years later, in response to a decision denying an unmarried father’s paternal rights, Justice William Brennan, who joined Blackmun’s dissent in Bowers, made the point about diversity and pluralism more emphatically. The court denied the father’s claim in large part because the child was the product of an adulterous relationship. Writing for the court, Justice Antonin Scalia framed the denial as a defense of “the unitary family.” Justice Brennan resisted this crabbed vision of family: “We are not an assimilative, homogeneous society, but a facilitative, pluralistic one in which we must be willing to abide someone else’s unfamiliar or even repellent practice because the same tolerant impulse protects our own idiosyncrasies.”

Brennan’s dissenting view, and its defense of constitutional protection for nonconformity, eventually prevailed. In 2003’s Lawrence v. Texas, the court struck down laws criminalizing sodomy. In so doing, it favorably cited Planned Parenthood v. Casey, the abortion case overruled alongside Roe last month, for the view that decisions “involving the most intimate and personal choices a person may make in a lifetime, choices central to personal dignity and autonomy, are central to the liberty protected by the 14th Amendment.” The Constitution, it seemed, made room for nonconformity.

Conservatives have not always resisted the impulse toward nonconformity. Take the First Amendment, a particular favorite of the court’s conservative bloc. Not only does it protect dissenting voices; it begins by discrediting the prospect of state-mandated religious conformity. (Though it is noteworthy that this court’s defense of the First Amendment is often deployed in favor of Christian evangelicals rather than minority religious sects.)

The court’s stalwart defense of the Second Amendment bears all of the hallmarks of the rugged individualism that Republicans once lauded. In the New York gun rights case decided the day before the decision undoing Roe v. Wade, Justice Clarence Thomas, who wrote for the majority, recounted a history in which the denial of the right to bear arms left newly freed African Americans uniquely vulnerable to racialized violence. His point was clear: The right to bear arms could be a critical equalizer for those who, by virtue of race, did not conform to the traditional vision of white male citizenship.

To be sure, the Constitution’s defense of nonconformity is not sweeping. There is no unfettered right to do what you want when you want. But there is a long American tradition of defending pluralism and protecting those who seek the road less traveled. Why, then, do contemporary conservatives insist on protections primarily for those who are against liberal access to abortion and contraception, same-sex marriage and sensible gun restrictions, as supported by a majority of Americans? Why is it nonconformity for me but not for thee? Some would argue that a stalwart vision of the Constitution rooted in the 1780s compels the conservative approach to these questions. Others maintain that these disjunctions are simply about power — about crafting a society in which everyone must conform to the vision of American life that contemporary conservatives desire.

Either way, the loss of the right to not conform makes it harder for this country to continue as a multiracial, multiethnic, multifaith democracy. And perhaps that is the point.

Melissa Murray is a professor of law at New York University and a co-host of the “Strict Scrutiny” podcast.