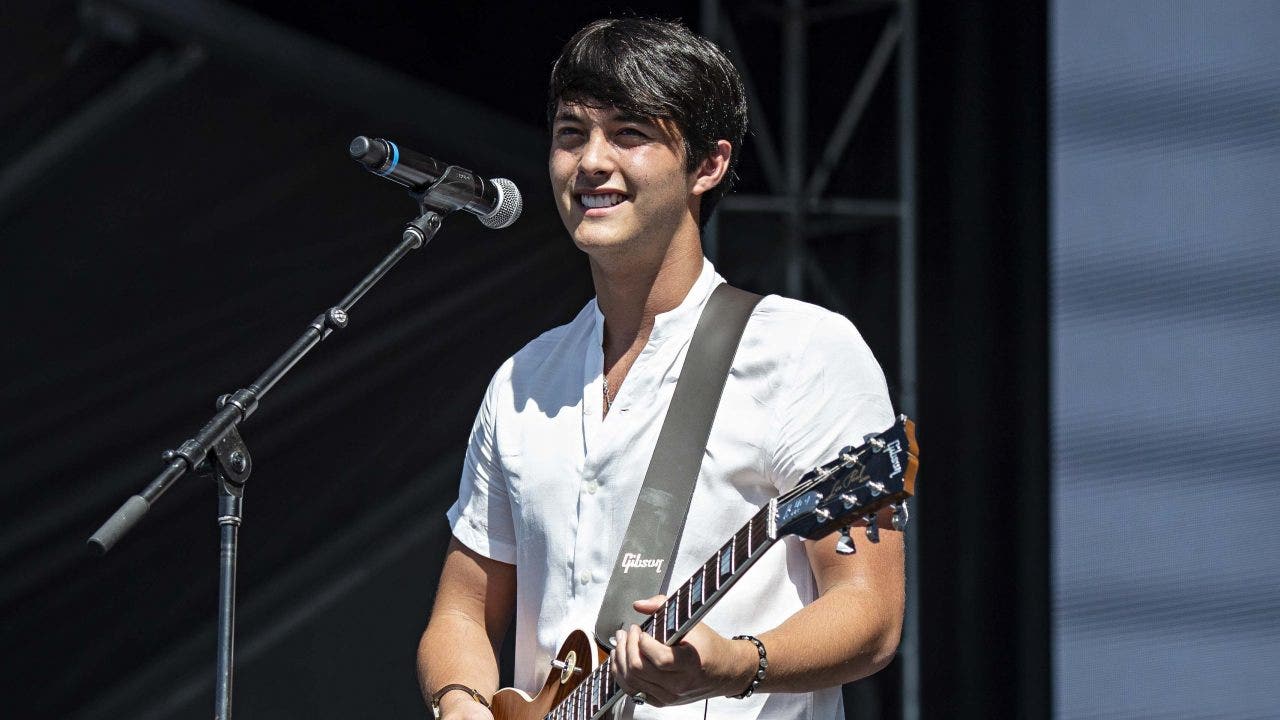 “American Idol” winner Laine Hardy was arrested Friday, accused of planting a listening device in his ex-girlfriend’s dorm room in Louisiana, according to authorities.

He surrendered to the LSU Police Department and was booked into the East Baton Rouge Parish Prison. Hardy is not a student at the school.

Hardy, 21, faces a felony charge of interception and disclosure of wire, electronic or oral communication, a university spokesperson said.

Laine Hardy performs during KAABOO 2019 in San Diego Sept. 14, 2019. Hardy was arrested Friday after being accused of planting a listening device in his ex-girlfriend’s college dorm room at LSU.
(Amy Harris/Invision/AP, File)

The Louisiana native took to social media to address the allegation Thursday.

“I understand that my career has thrust me into the public spotlight, and I embrace that wholeheartedly as my entire world belongs to my music and my fans,” he said.

“However, due to the sensitive nature of this allegation, I humbly ask for privacy at this time. I have the utmost respect for the law and will assist in their investigation as needed moving forward.”

According to the arrest warrant, a woman and her roommate found a recording device inside their dorm room April 6. The following day, they reported the finding to LSU police. The woman told police she found the device, which looked like a phone charger, under her futon, the warrant stated.

The Season 17 “American Idol” winner faces a maximum penalty of 10 years in prison and a $10,000 fine if convicted.
(Eric McCandless via Getty Images)

She told officers that she believed her ex-boyfriend, Hardy, had left the device in her room earlier because he appeared to know details about what was going on in her life even though she hadn’t told him about them. Police said they later found evidence of secret recordings made over 10 days in February, the warrant said.

“The victim advised she immediately confronted him, to which he admitted to her that he left a ‘bug’ in her room but discarded it in his pond,” a police affidavit said.

Hardy’s attorney, C. Frank Holthaus, told USA Today Hardy “has been and will continue to be completely cooperative.”

The season 17 “American Idol” winner faces a maximum penalty of 10 years in prison and a $10,000 fine if convicted.