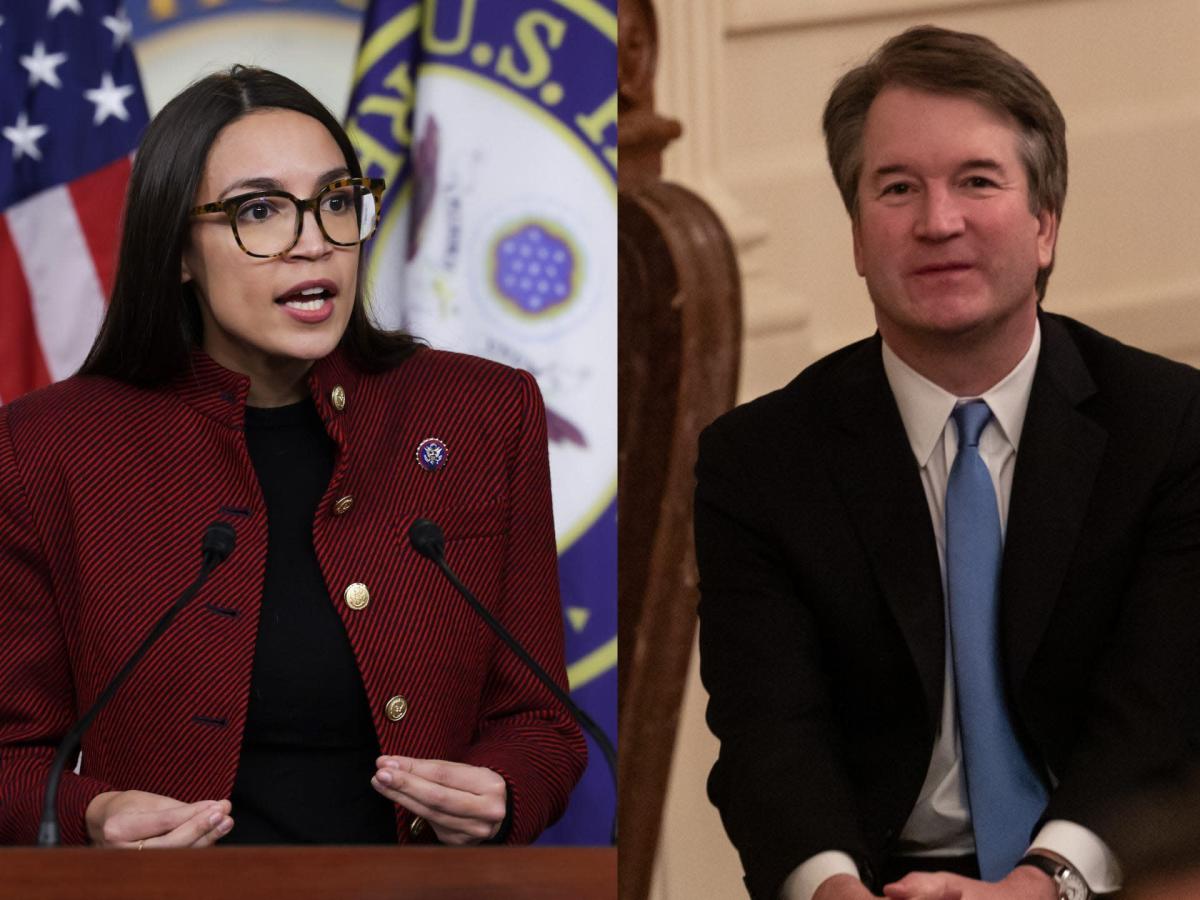 Rep. Alexandria Ocasio-Cortez urged Senate Democratic leadership to take a position on whether Justices Brett Kavanaugh and Neil Gorsuch lied to senators about their views on Roe v. Wade during their Supreme Court confirmation processes.

The New York Democrat, along with fellow Democratic Rep. Ted Lieu of California, sent a letter to Senate Majority Leader Chuck Schumer on Friday demanding he address the matter.

“We request that the Senate make its position clear on whether Justices Kavanaugh and Gorsuch lied under oath during their confirmation hearings,” the lawmakers wrote in the letter. “We must call out their actions for what they were before the moment passes, so that we can prevent such a mendacious denigration of our fundamental rights and the rule of law from ever happening again.”

The call comes after Kavanaugh and Gorsuch, both conservative justices appointed by former President Donald Trump, have come under scrutiny following their votes last month to overturn Roe v. Wade, the landmark ruling that established the constitutional right to abortion almost 50 years ago.

In their confirmation hearings, the justices called Roe a “precedent” that had been “reaffirmed,” but neither directly said they wouldn’t overturn the landmark 1973 ruling if presented with the opportunity to do so. Gorsuch said Roe v. Wade was “precedent of the U.S. Supreme Court worthy as treatment of precedent like any other” and that it had been “reaffirmed many times.” Kavanaugh similarly called Roe “important precedent of the Supreme Court that has been reaffirmed many times.”

Republican Sen. Susan Collins of Maine and Democratic Sen. Joe Manchin of West Virginia, who voted to confirm Gorsuch in 2017 and Kavanaugh in 2018, expressed alarm at the consequential outcome, saying they felt misled by the two justices.

“This decision is inconsistent with what Justices Gorsuch and Kavanaugh said in their testimony and their meetings with me, where they both were insistent on the importance of supporting long-standing precedents that the country has relied upon,” Collins, an abortion-rights supporter, said in a statement.

“I trusted Justice Gorsuch and Justice Kavanaugh when they testified under oath that they also believed Roe v. Wade was settled legal precedent and I am alarmed they chose to reject the stability the ruling has provided for two generations of Americans,” Manchin, who’s personally against abortion but supports legislation to protect abortion rights, said in a statement.

Ocasio-Cortez, in the wake of the Supreme Court’s decision, seized on the justices’ past statements and claimed that they lied about their views on Roe. The progressive Democrat has been highly outspoken and critical of the Supreme Court since its conservative majority tossed out federal abortion rights, arguing the institution faces a “legitimacy crisis.”

Ocasio-Cortez said she believed lying under oath during confirmation hearings is an impeachable offense and it’s “something that should be very seriously considered” by lawmakers, including Collins and Manchin.

“To allow that to stand is to allow it to happen,” she told NBC News on June 26. “What makes it particularly dangerous is that it sends a blaring signal to all future nominees that they can now lie to duly elected members of the United States Senate in order to secure Supreme Court confirmations and seats on the Supreme Court.”