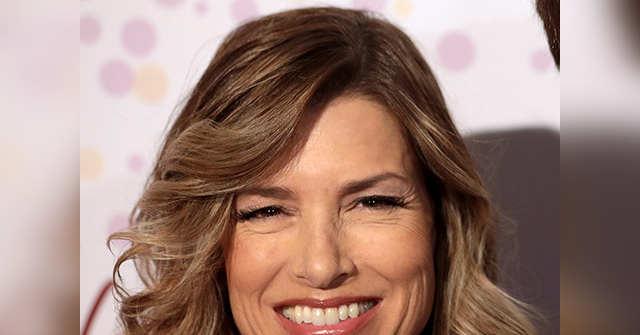 Today’s schools are guilty of “child abuse,” according to actress and education advocate Sam Sorbo, who claimed that schools are raising “grown children” instead of adults, while warning “your children have been stolen from you by a system that seeks their destruction,” and calling on parents to “save your families” by considering “home education” instead.

In an interview with Steve Malzberg on his eponymous radio program on TNT Radio, Sorbo, an education freedom advocate, said she was most disturbed by “the fact that our schools are enacting child abuse on the children.”

“In fact, they perpetrated it on us [too] because it wasn’t that long ago that we were also in school,” she said.

Noting that she doesn’t “go after the teachers,” Sorbo accused the entire “system” of being “against the child.”

“The system seeks conformity as its highest goal, [whereas] we tell children they’re each unique,” she said.

“To teach a child that he’s just like everybody else and that there’s nothing unique about him and that he’s simply a collection of accidents, that he has no purpose in life, is self defeating,” she added. “It’s defeatist for the child. It puts them on the wrong path. It’s really just the wrong message to send to the child.”

Furthermore, Sorbo argued, when you “add to that the whole collectivist sort of environment that the schools are and forcing the child to sit for eight hours a day behind a desk and taking away the arts, taking away studies of the arts and physical education, for instance, all of these things really add up to nothing short of child abuse.”

“And now, of course, we’re seeing what’s happening kind of behind closed doors, the things that we weren’t even really privy to,” she added.

She also deemed the practice of teaching young women to “have as much sex” as possible and “simply get an abortion” after becoming pregnant, a form of “child abuse.”

“I don’t think that that is responsible toward that individual person because I know too many women who have had abortions who live to regret it,” she said. “And they made the decision when they were too young and they were being influenced by people who didn’t have their best interests at heart.”

“Unfortunately, I would say that the whole system does not have the interests of the child at heart,” she added. “The whole system serves itself. It has itself at heart. It wants money, and it sees every child as a paycheck.”

Sorbo claimed she could prove her assertion by pointing to the fact that “the highest goal of the schools is college prep and career readiness.”

“If you boil that down, that’s simply valuing the child as a paycheck, which is what they teach children their worth is,” she said. “And then these children grow up into human beings, into adults, and they think that their worth is tied intrinsically to the amount of money that they can earn.”

Accordingly, she stated, “If they don’t earn a lot of money they’re sad because they realized that they missed the boat — they didn’t do what they were told to and so they’re sad and they go on Zoloft or whatever it is.”

However, Sorbo noted, “If they hit the jackpot, they earn a lot of money and they find themselves unhappy because they have no spiritual life and they have no real purpose to their lives that’s outside of the almighty dollar [and] they have no place to go, I think that’s child abuse.”

“I think it’s abusive to not teach somebody that they have intrinsic value as a human being,” she added. “And of course we’re seeing it play out in the streets today.”

For years, Sorbo claimed, she had charged that the school “forms a wedge” between children and their parents and that “everything that the school does is to separate the child from the parent.”

“But what they’ve really managed to do is steal the family,” she added.

She later explained that if one can “separate the child from the parent,” then they can “control the child through fear, through peer pressure, through just the fact that the child is naive and not educated.”

As a result, the homeschooling mother and author insisted, “we have parents out there who don’t know how to parent and children out there who are basically abandoned at this point to their phones and to social media,” claiming the matter is a “travesty.”

“I don’t call it ‘homeschooling’ because it is not school – school is child abuse,” she said.

“I call it home learning and I show the parents what we ought to be talking about when we talk about education.”

The talk radio hostess highlighted another problem with schools: how education is treated as “purely academic.”

“They did a really great bait and switch on us because for years when they were busy taking the Bible out of schools and busy taking ethical instruction and moral instruction out of the schools, they convinced us schools and education was really just academics and should only be focused on academics and [asked] ‘why are you bringing your biblical values into the school system?’” she said.

“And we for some reason, this was obviously before my time, we sort of, I am sure there were valiant fighters fighting against it, but we kind of went along with it,” she added. “And we bought the lie that education is purely academic, that its data-entry — and it’s not [that] education is the whole body, mind, soul of the individual.”

Sorbo expressed her belief that education is about “raising adults.”

“Well, now we see in our schools [that] we’re not raising adults; we’re raising grown children,” she said. “We’re raising large children, basically, who graduate from college, can’t hold a job, much less a degree, and it’s a setup for failure.”

“And so I really encourage parents and they can go to samsorbo.com [where] they can join Underground Education, an online community for free,” she added. “All the resources, they will find there, and I walk them through what parenting really means when you’re talking about the education of your child and how to go about that.”

While Sorbo explains that her method seeks to “empower” children, she claims that the “core competency of the schools is to teach us how incompetent we are.”

“The only reason you think that you can’t is because you went to school,” she added. “Don’t do that to your child.”

She then warned that child predators would likely become accepted with time at the current rate.

“Now, of course, it’s very obvious that we’re going to end up with pedophilia being accepted and tolerated throughout our culture,” she said. “And trust me, you don’t laugh at that, because that is what’s coming.”

In response, she stated, the people would need to “galvanize” to fight back against such trends.

“Honestly, what I’m seeing happening right now is sort of a bifurcation of our culture,” she said.

She also explained that if one tells a child that he’s “educated while failing to educate him, “you’ve just created a monster.”

“I think that this is more headed toward a totalitarianism, wherein pedophilia is either lauded or uprated,” she said.

“But it can go either way, you see, because what happens is, under totalitarianism, the mantra of the day becomes anathema the following day,” she added. “And it can flip on a dime, and everybody lives in fear because they think that they’re toeing the line, but then the line is moved and they are left out in the cold.”

She then cited communist Russia as an example, with such a scenario being “exactly what happened between [Soviet dictator Joseph] Stalin and [Marxist leader Leon] Trotsky.”

“When Stalin did away with Trotsky – all of the Trotskyites, the followers of Trotsky, they had to spin on a dime and say, ‘no, I never liked the guy,’ when the day before they were like, ‘yeah, Trotsky is the man,’” she said.

Sorbo lamented that that is exactly the direction the country is headed in, especially given that “we are such an uneducated population today that we are so easily led.”

“I mean, look what they’ve done to us with the whole COVID mass hypnosis, basically,” she said.

Calling to “get back to basics,” she explained that her efforts are a result of her belief that “the hope is in the future generation.”

“I think that if we can raise children … and you pull your kids out of school, you don’t even have to do anything for it to already be a win for them,” she said. “Then you show them how to read. Have conversations with them. And let’s start raising adults.”

If done properly, “you will see a shift in the entire culture,” she argued, as she slammed the “craziness” surrounding gender ideology in schools today.

“You can instill a freedom mindset in your child far easier yourself than sending them into a government-run socialist education system and praying that they don’t get preyed upon by the pedophiles and the child abusers out there with their gender ideology and all the craziness that’s there,” she said.

“Telling a child that they can change their genders is tantamount to telling them that they can fly and then taking them to the top story of a skyscraper,” she added. “Good luck with that.”

Sorbo concluded by urging parents to “save your family.”

“Your children have been stolen from you by a system that seeks their destruction, that much is clear,” she added. “Now what are you going to do about it?”

Last year, following a report detailing outraged parents of first-grade children at the exclusive New York City Dalton School discovering their children were shown a “sex ed” cartoon in which children talk about “touching themselves” for pleasure, Sorbo urged teachers to “stand up” and refuse to partake in corrupting our youth.

One thought on “Actress Sam Sorbo Warns Schools Today Are Committing ‘Child Abuse,’ Calls to ‘Save Your Family’”