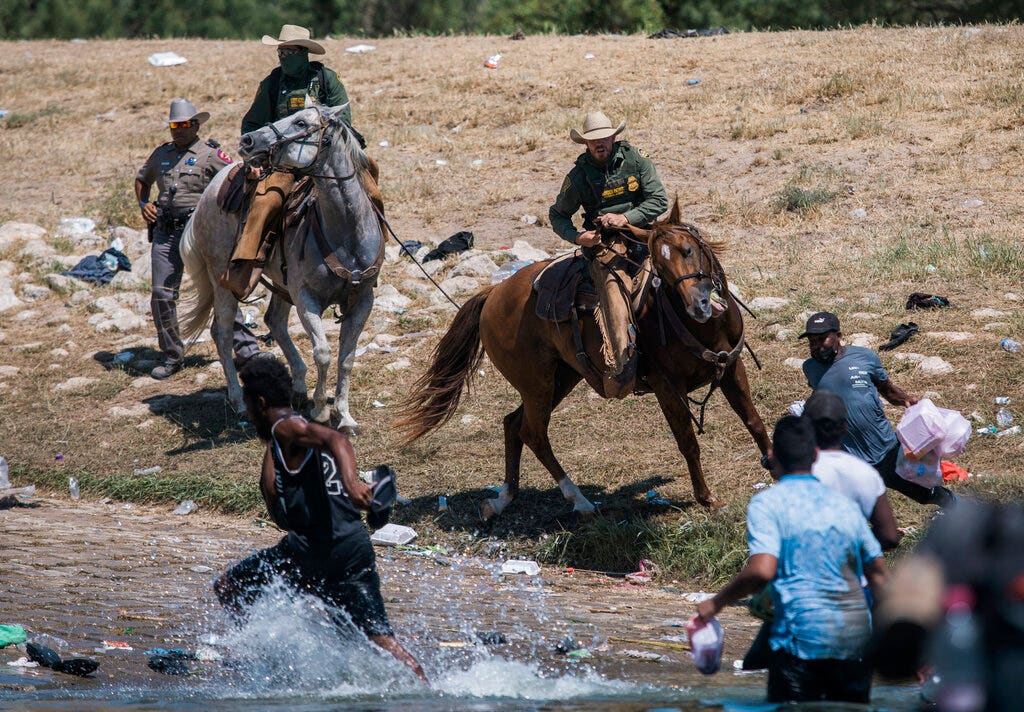 ABC, CBS and NBC pushed a since-debunked claim that Border Patrol agents were whipping Haitian migrants during a confrontation near the U.S.-Mexico border last year but didn’t bother to inform viewers that it was discredited, according to a new study.

The Media Research Center analyzed morning and evening newscasts on ABC, CBS and NBC and found that all three broadcast networks harped on the story when images emerged last September showing Border Patrol agents in Del Rio, Texas on horseback blocking migrants from entering the U.S. and, in one case, grabbing onto a migrant’s shirt.

Many Democrats and media outlets falsely described the agents’ long reins, which they use to control their horses, as “whips.” The MRC found that the three networks spent 13 minutes and 25 seconds covering the since-debunked claim.

However, the agents have since been cleared in the investigation.

“The same networks that devoted 13 minutes and 25 seconds of coverage to the supposed outrage last fall have censored any mention of the clearing,” MRC research director Scott Whitlock wrote.

Whitlock noted that ABC News spent over seven minutes on the story from Sept. 20-24, covering it on both “Good Morning America” and “World News Tonight,” while CBS dedicated three minutes and 12 seconds to the debunked narrative between “CBS Mornings” and the “CBS Evening News.”

NBC’s “Today” and “Nightly News” pushed the claims for over three minutes, according to Whitlock’s analysis.

“But now, seven months later? Silence from the networks,” he wrote.

But ABC, NBC and CBS weren’t the only ones to push the now-debunked claim. President Biden even weighed in on the controversy, saying “those people will pay.”

Fox News’ Peter Doocy asked Psaki earlier this month when the president would apologize to the Border Patrol agents.

Psaki evaded the question, saying that the matter is being handled by the Department of Homeland Security and she could not provide any more updates. When Doocy asked Psaki whether she would apologize, she said the investigation into the matter “would play out.”