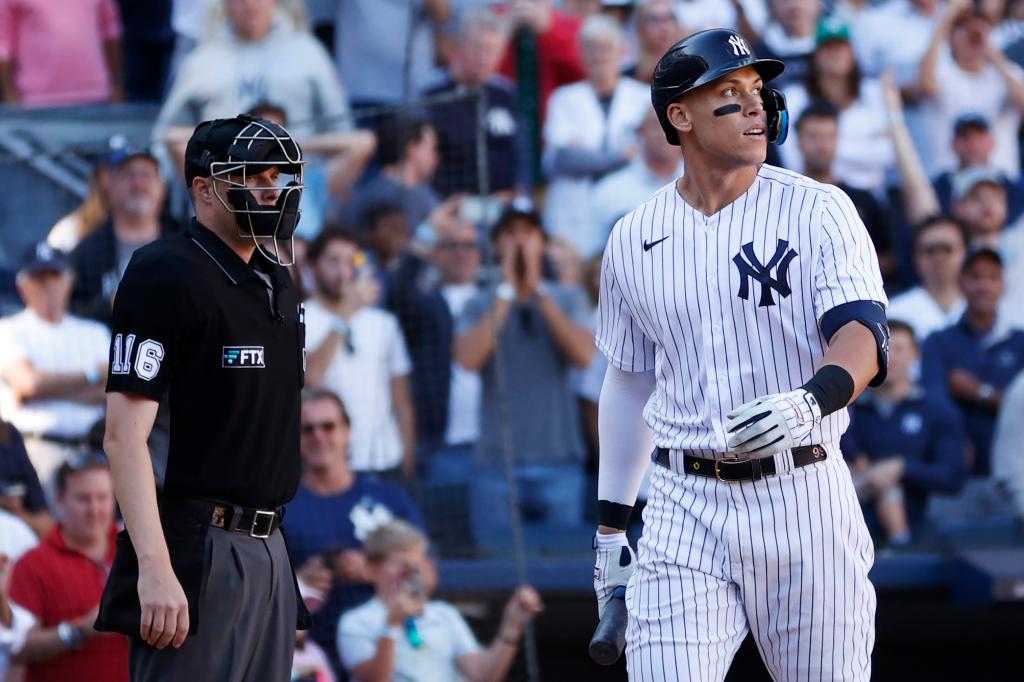 Aaron Judge matched the sentiment of the entire stadium around him.

Sitting on 60 home runs, he struck out for the second time in the seventh inning, with the Yankees still tied with the Red Sox 5-5 on Saturday. He checked his swing on a 2-2 pitch, and first base umpire Chris Conroy ruled that he swung, prompting boos to shower across Yankee Stadium.

Judge was visibly angry, shaking his hand and waving his hands towards Conroy.

On replay, it appeared Judge had indeed checked his swing.

Anthony Rizzo subsequently hit a two-run homer, however, to give the Yankees’ a 7-5 lead.

Judge also struck out looking in the first inning.