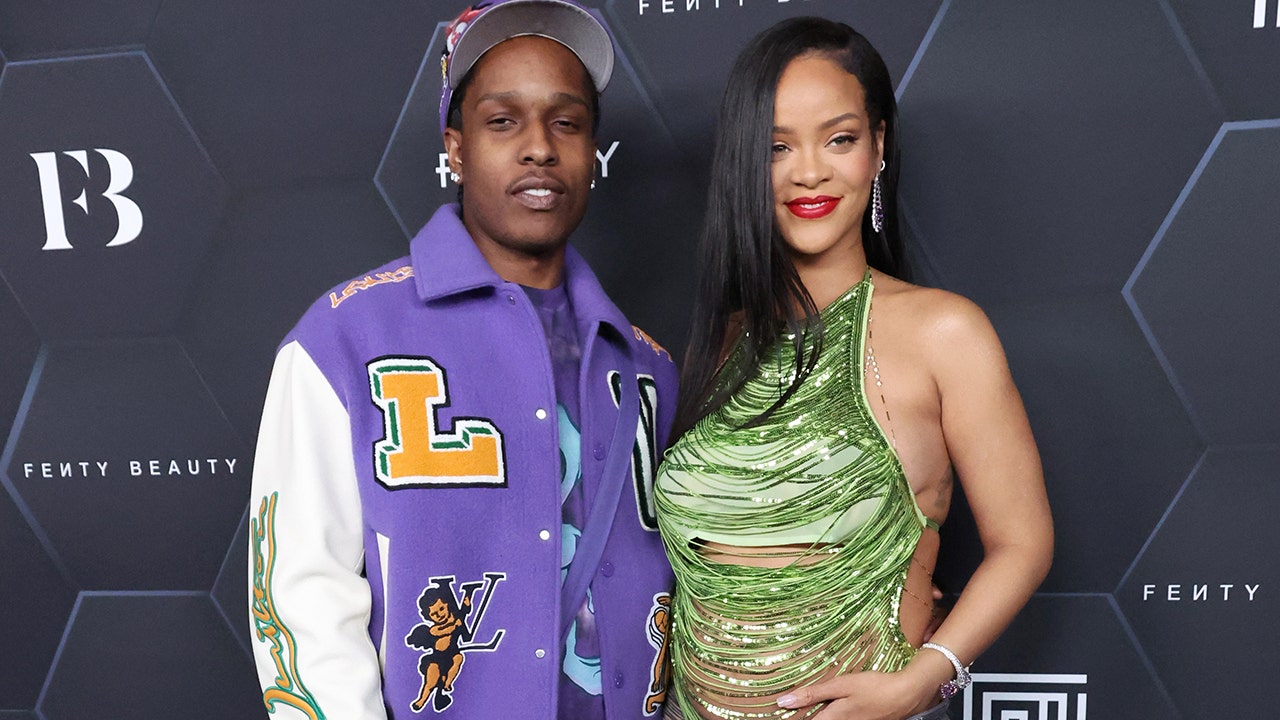 A$AP Rocky, known formally as Rakim Mayers, made his first public appearance since his arrest on Wednesday.

The 33-year-old rapper and his girlfriend, Rihanna, resurfaced on Saturday night to get dinner at Georgio Baldi in Santa Monica.

According to TMZ, the outing was a baby shower, filled with family and friends, ahead of the birth of their first child.

Rocky was arrested at the Los Angeles International Airport, Fox News Digital confirmed. Rocky was detained for assault with a deadly weapon stemming from a November 2021 shooting, according to the Los Angeles Police Department.

An argument occurred between Rocky and an acquaintance in the Hollywood area on Nov. 6. The argument escalated, and the rapper allegedly fired a handgun at the acquaintance, who sustained minor injuries, according to police.

A$AP Rocky had arrived at LAX alongside Rihanna on a private plane as the two returned from a vacation in Barbados.

According to TMZ, the rapper posted a $550,000 bail on Wednesday afternoon and walked directly from the police station into a black SUV, hours after his initial arrest.

Rocky and Rihanna are seen at the Gucci show during Milan Fashion Week Fall/Winter 2022/23 in February.
(Photo by Victor Boyko/Getty Images for Gucci)

Representatives for A$AP Rocky did not immediately respond to Fox News Digital’s requests for comment.

This isn’t the first time Rocky has had a run-in with law enforcement. He was arrested and detained in Sweden. Rocky was charged with assault and found guilty.

Rocky and his two bodyguards, who spent nearly a month behind bars at the time, were given “conditional sentences” for the assault convictions. As long as they don’t commit a similar offense in Sweden, the group will avoid jail time.

In January, the singer proudly debuted her bare baby bump during an outing with Rocky. The couple was taking a stroll in Harlem, his hometown. As the lovebirds held hands, a paparazzo managed to snap photos, which were obtained by People magazine.

Rihanna and Rocky have been friends for years, but began dating in 2020.
(Photo by Tim Whitby/BFC/Getty Images)

The beauty mogul, 34, graced the cover of Vogue’s May 2022 issue wearing a red lace Alaïa catsuit, with high heels and matching gloves.

In her interview with the outlet, Rihanna talked about her pregnancy fashion and how her influence will be seen as she dresses her child with boyfriend A$AP Rocky.

“When I found out I was pregnant, I thought to myself, ‘There’s no way I’m going to go shopping in no maternity aisle,’” Rihanna said. “I’m sorry — it’s too much fun to get dressed up. I’m not going to let that part disappear because my body is changing.”

Rihanna went on to discuss how she feels that women shouldn’t be “hiding your pregnancy”.

“I’m hoping that we were able to redefine what’s considered ‘decent’ for pregnant women,” she began. “My body is doing incredible things right now, and I’m not going to be ashamed of that. This time should feel celebratory. Because why should you be hiding your pregnancy?”

The couple has been friends for years, but went public with their relationship in 2020.

Rocky told GQ’s June/July 2021 issue that the makeup mogul was “the one.”