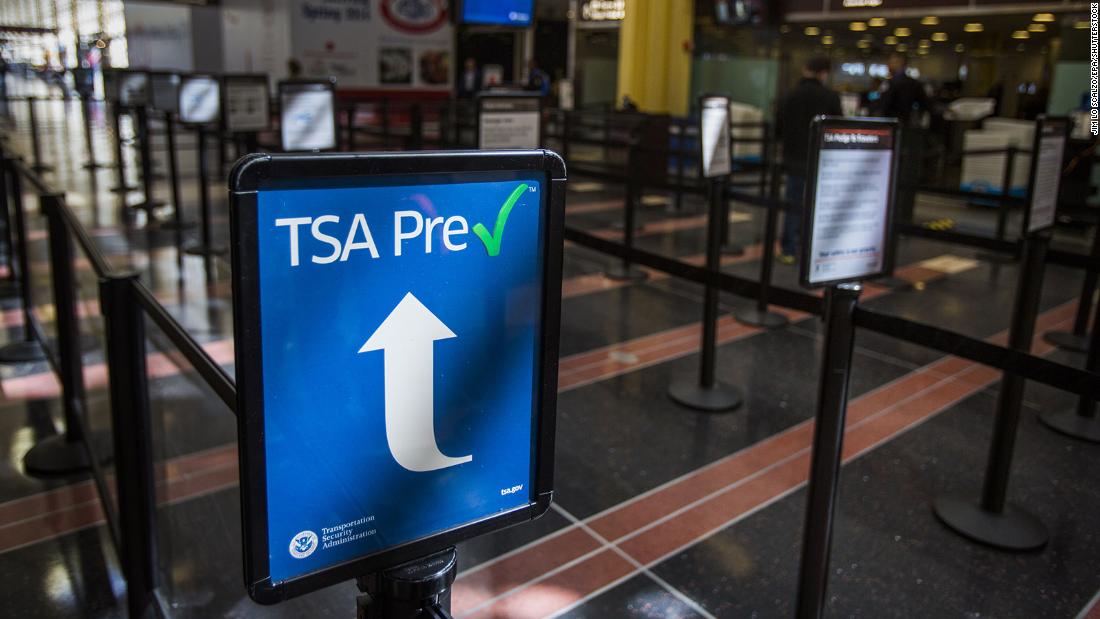 (CNN) — At a moment when it seems like everything is getting more expensive, there’s at least one travel convenience that will cost air travelers less.

The Transportation Security Administration announced on Friday that TSA PreCheck, the service aimed at expediting airport security screening for members, will now cost less for enrollment and in-person renewal.

Enrollment provider IDEMIA has dropped those fees from $85 to $78. The cost to renew membership online remains $70.

Membership, which requires application and approval, is good for five years before renewal is required.

Those travelers applying for TSA PreCheck membership must provide “biometric and biographic information that TSA uses to conduct a security threat assessment,” TSA said in a news release.

PreCheck in time for the holidays

Now is the time to enroll for the holiday season, TSA Administrator David Pekoske said in a statement.

Applying involves an in-person enrollment appointment. According to the TSA, there are 500 enrollment centers in the United States. Most travelers receive a “Known Traveler Number” (KTN) within about three to five days, the agency says.

That number must be added to passengers’ flight reservations to receive the expedited screening. With TSA PreCheck membership, travelers are allowed to leave on shoes, belts and jackets and electronics and liquids complying with the 3-1-1 rule may stay in carry-on bags.

According to the TSA, 93% of TSA PreCheck passengers waited less than five minutes at airport security in September 2022.

The move comes as the number of passengers screened at TSA checkpoints approaches pre-pandemic figures.

After a busy summer plagued by air travel disruptions, the busy holiday season will soon put airlines and airports to the test again.