A Surprise Weigh-In At The Pediatrician’s Office Shattered Me. Here’s What I Learned. 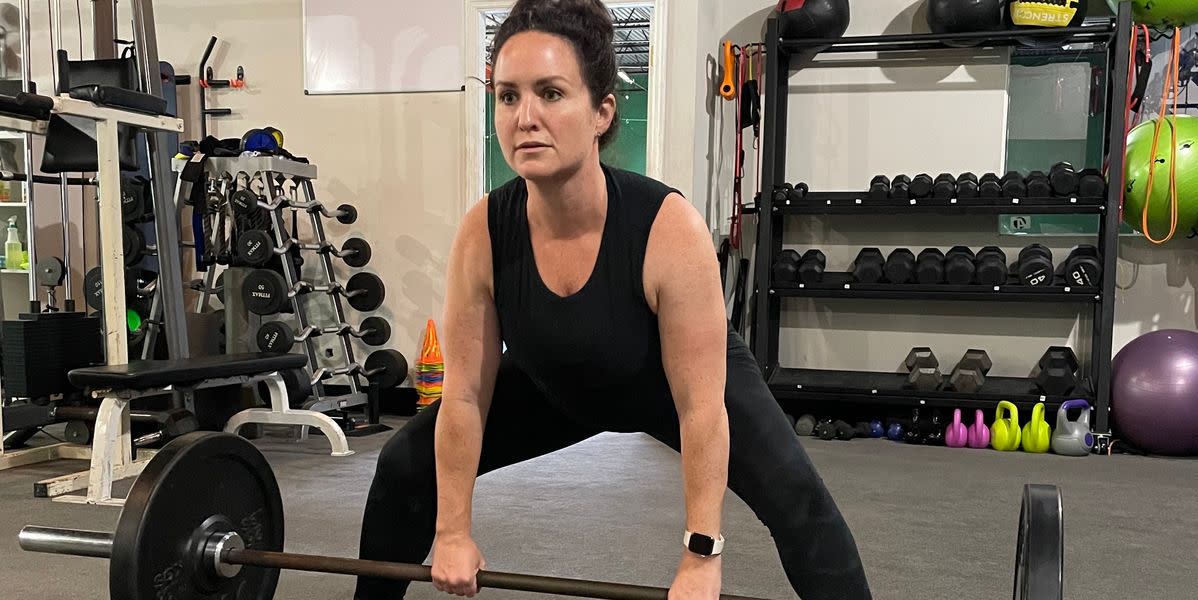 My 2-year-old, the third baby girl in the family, screamed at the sight of the nurse who’d administered her shots months earlier. But all the nurse asked for today was for my daughter to step onto a scale. She’d graduated from the infant scale — which required full disrobing and reclining in a cold, awkward receptacle — to the standard kind adults use.

Despite the simple request, my little girl refused, wailing until she was nearly purple in the face, the memory of her last round of vaccinations still firmly imprinted.

I held her in my arms, trying and failing to calm her down. The nurse looked me in the eye: “Step on the scale with her,” she said.

Again, it was a simple request, but I wanted to refuse and wail just like my daughter. With breath held, I stepped onto the scale anyway. I retreated from the platform and handed my girl, who was now somehow screaming louder, to the nurse as I prepared myself for the solo return to complete the arithmetic: I knew it was going to be a bigger number than I’d hoped and possibly the heaviest I’d ever been as a non-pregnant adult. After all, I’d not seen many 65-pound 2-year-olds.

I saved my wailing for after the appointment, when I called my husband from the car: “How did this happen to me?” I yelled. He said all the nice things a spouse is supposed to say — you’re beautiful; you look great; if you want to lose weight, I’ll do it with you.

You might think I was upset about the actual number — and in part I was — or that I lamented not politely explaining to the nurse why I wouldn’t step on the scale — my daughter was healthy, she’d never deviated wildly off the growth chart, and we could always come back when she was feeling less upset.

But I was actually asking this: How, at 38 years old and after three children, could a number on the scale shatter me?

Starting around 7 or 8 years old, the world taught me about the female body — what was acceptable and what was not. Riding in the back of my neighbor Joey’s parents’ car, Joey pointed to our pale legs exposed from our shorts and squashed over the bench seat: “Why are your legs so much bigger than mine?” he asked.

His mother turned from the front seat, appalled: “We don’t talk about people’s bodies like that, Joey!” Oh, but we do, Joey’s mom. We do.

While enthusiastically eating a spaghetti and meatball dinner with my cousins after a fun day at the beach, one cousin told me I was chubby. I can still feel the indignation as I insisted that I ran the third-grade mile test in under eight minutes. Even then I felt the necessity of explanation, of conditioning my size on my athletic ability.

I was the biggest of my friends in high school, and I’d shrink back when they’d pair off with the boys and swing dance (a genre that enjoyed a resurgence under the height of ska in the ’90s), embarrassed the boys might not be able to flip me over their shoulders like they did the other girls.

Sports saved me for a while: I played on the varsity field hockey and lacrosse teams all four years of high school. It didn’t matter what I weighed or how I looked, as long as I could “put the biscuit in the basket,” as one of my coaches used to say.

When I stopped playing in college, I started running a lot, and within months I lost 20 pounds. It really seemed as though the world opened up in a new way. I never felt out of place in a room, trying on clothes wasn’t stressful and the boys paid much more attention to me. Yet, despite all this, when I went to my family’s doctor, she told me to be careful to maintain my weight: She knew that obesity ran in my family.

As a young woman, I kept this warning close, and I was pretty careful: I ran a lot and restricted my diet if I started to breach a 5-to-10-pound buffer zone. But then pregnancy threw all of that out the window.

Like many women, I felt completely out of control of my physical being during most of my gestation. My body expanded in fits and starts and bounds and leaps, incongruent with the suggested steady pace and neat stop at 25 pounds gained.

In the third trimester of my first pregnancy, I cried in a doctor’s office after she told me I needed to be careful with my weight — to “watch it.” All I could do was watch it go up and up, unheeding to my daily walks and attempts at diet regulation.

While nursing my third child over the course of a year, I sank with disappointment realizing that I was just not “one of those women” whose bodies melted off the baby weight during lactation. Mine, it seemed, held on tighter.

Then, about a year ago, I decided to stop weighing myself: I didn’t need to obsess over the scale. I planned to focus on staying active, incorporating healthier foods into my diet, cutting back on my alcohol consumption and getting some good rest. And after seeing video of a friend lifting heavy weights at a local gym, something clicked inside of me: I wanted to be strong, too.

When I took my daughter to her appointment, I’d been lifting with a trainer for over a month, learning about proper form and gaining the confidence to add more plates to the bar.

In that short time, I already felt taller and stronger. And perhaps most important, lifting and staying off the scale rooted me more firmly in the present. I made new goals for strength and health instead of looking backward to a number from the past. This shift in perspective allowed space for a different version of me to exist, without shame or remorse.

But even though I was steadily increasing the amount I could deadlift and squat and bench, the only number that mattered the day I stepped on that scale was the one on the digital screen. Here was the proof I hadn’t been careful, that I’d failed.

Getting ready for a day at the pool, I watched my 7-year-old pull up her rash guard and examine her stomach — she filled it with air, and it expanded like a balloon before she sucked it back in, a small downward curl on her lips.

Had she talked to a Joey? An uncouth cousin? Did she already feel this weight of expectation and the burden of noncompliance with impossible standards? I knew I couldn’t pin down one offending messenger with so many waiting in the wings.

I wish undoing decades of indoctrination was as easy as saying, “I accept and love my body as it is.” The amount I weigh will always hold some sort of significance, to me and to others, I’m afraid.

But I’m staying off the scale, for now, and instead I concentrate on different numbers: the amount I can press and curl and push; the time it takes me to run my three-mile route; the decreasing amount of Tylenol I take for lower back pain. And best of all: the number of times my girls squeal with delight when I show them videos of me squatting 100 pounds.

Do you have a compelling personal story you’d like to see published on HuffPost? Find out what we’re looking for here and send us a pitch.