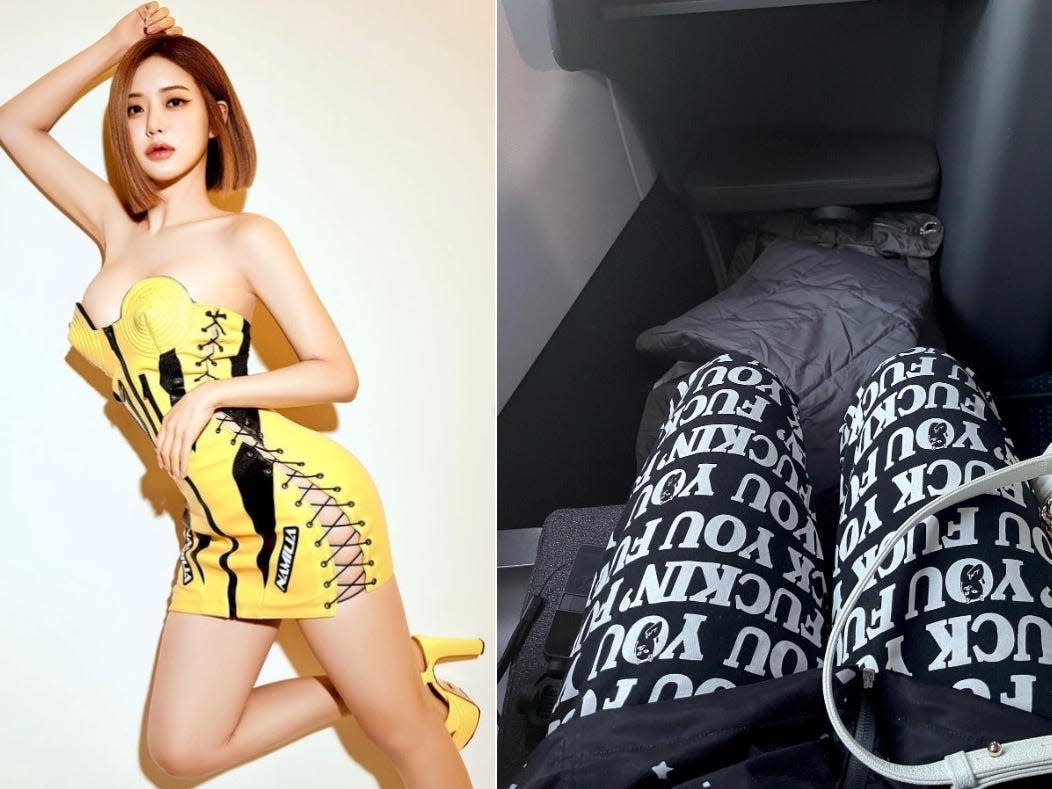 A popular South Korean DJ claimed she was kicked off an American Airlines flight and “harassed” into taking off her sweatpants in public because they were deemed “inappropriate” and “offensive.”

DJ Soda, whose real name is Hwang So-hee, took to Instagram and Twitter to detail how she was “harassed and humiliated” on Monday after boarding an American Airlines flight from New York to Los Angeles.

“I was forced out of the plane and was harassed to take off my pants in front of the flight crews at the gate,” the 36-year-old wrote. Hwang added that she “never had an issue” wearing the pants on her current North American music tour.

During the incident, Hwang had been wearing black sweatpants with the words “FUCK,” “FUCK YOU,” and “FUCKIN,'” printed all over, which she said were sponsored by the clothing brand Ripndip.

“They did not have any problem with me wearing it at the time of check-in nor when I sat down at my seat,” continued the influencer, who has 4.3 million followers on Instagram and 126,000 followers on Twitter.

Hwang said her problems only began after she had already boarded the plane.

“A staff suddenly approached me to pack up my belongings and leave the plane without any kind of explanation. As I was escorted off the plane, they claimed that my sweatpants were ‘inappropriate’ and ‘offensive,’ telling me that I need to take the next flight,” she said.

However, Hwang “pleaded to stay” on the flight as she needed to get to Los Angeles in time for an important meeting.

“I even offered to get changed, but the request was denied,” she said, adding that “what happened next was horrendous.”

“I ended up taking off my pants in front of the whole crew and standing half-naked while they still refused to board me on the flight. They even sarcastically commented that I could have taken off my pants earlier,” Hwang wrote.

“When they finally let me enter, I put my pants inside out and finally sat down after an hour of delay causing inconvenience to the members of the flights on board. I was mortified and trembling in fear for the next six hours on my flight back to LA.”

Hwang, who is a well-known DJ in South Korea and a frequent headliner at Asian music festivals, concluded her post by saying she would boycott the airline. “Hope this NEVER happens to anyone ever again,” she wrote.

American Airlines did not immediately respond to Insider’s request for comment.

The incident was not the first time celebrities have faced plane troubles over their clothing.

In 2019, reality TV personality Aubrey O’Day said a male American Airlines flight attendant made her remove her shirt in front of other passengers because he found it offensive.

Earlier this year, influencer and model Olivia Culpo was about to board an American Airlines flight to Cabo when she was told to “cover up” her outfit — which comprised a cardigan, sports bra, and biker shorts — or she would not be allowed to fly, per People.