A Pennsylvania high school cancels its football season over hazing reports, while 2 other schools grapple with allegations 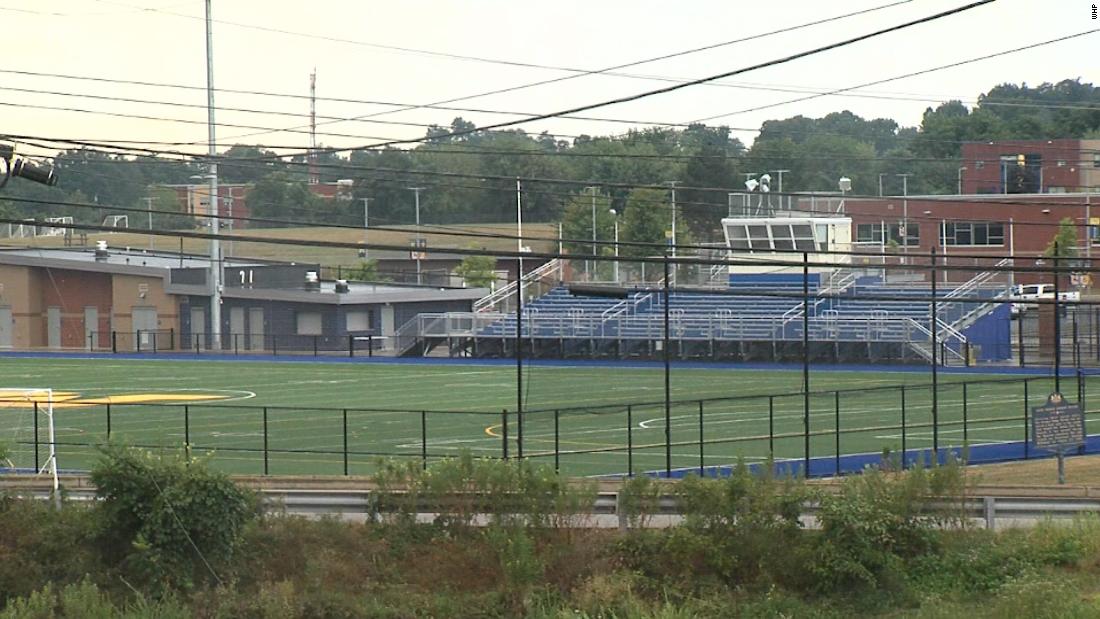 The incidents involving the football team at Middletown Area High School were reported to parents in a letter from the school district’s superintendent this month.

The district had become aware of cell phone video, taken by players, showing a hazing incident that happened on August 11, Superintendent Chelton Hunter wrote in the letter sent Monday. The players involved were removed from the team, pending the outcome of an investigation, Hunter wrote.
On Wednesday, Hunter announced the season’s cancellation, writing the district “obtained additional videotape” showing another hazing incident involving the team.

“Unfortunately, this video demonstrates that this hazing was much more widespread, and involved many more students, than we had previously known,” Hunter’s Wednesday letter reads.

“The kind of hazing that occurred in our facilities with this team is reprehensible. It simply cannot and will not be tolerated,” Hunter wrote. “We know we must work to address the culture of this team, educate our student body about hazing, and put programs in place to help us ensure that this kind of atmosphere is never allowed to exist in our school facilities.”

The school, in Pennsylvania’s Middletown Area School District, is just outside Middletown, a borough of about 9,000 residents situated roughly a 10-mile drive southeast of Harrisburg.

The Middletown Area School District isn’t the only Pennsylvania district dealing with reports of hazing.

At northern Pennsylvania’s Athens Area High School, allegations of “bullying, hazing and improper behavior” among varsity and junior varsity football players are being investigated, the district’s superintendent and its athletics director said in a joint letter posted Wednesday on Facebook.

District officials were notified about the allegations Saturday, according to the letter from Craig Stage, superintendent of the Athens Area School District, and John Sullivan, the director of athletics. The district serves schools in a rural area near the New York state line.

“The incidents that are being investigated occurred over a series of dates leading back to a mid-July football camp at Bloomsburg University and up to pre-season practices that took place in our school facilities,” the letter reads.

“The district does not condone hazing or other actions that cause harm to fellow teammates and student-athletes,” the letter reads.

Pennsylvania State Police were notified about the allegations in accordance with district policy, according to the letter.

In an email to CNN, state police said they were “assisting Bloomsburg University with the investigation,” but directed CNN to local agencies for more information.

CNN has reached out to Bloomsburg University police and police in the borough of Athens, roughly an 80-mile drive northwest of Scranton.

The district intends to hold those responsible for the hazing incidents accountable and plans to address the football program’s culture by requiring “intensive and immediate training of coaching staff and students,” the district’s letter reads.

But it does not plan to cancel the high school’s football season, according to the letter.

“We will not be canceling any football games,” the letter reads.

In western Pennsylvania, Mohawk High School’s football program is on pause while its school district investigates allegations of hazing on the team, CNN affiliate WTAE reported this week.

“On Tuesday, the district told Pittsburgh’s Action News 4 that it’s working with police while school administration conducts its own investigation,” WTAE reported.

The high school is near the borough of Bessemer close to the Ohio state line, and roughly a 55-mile drive northwest of Pittsburgh. CNN has reached out to the Mohawk Area School District for more information.