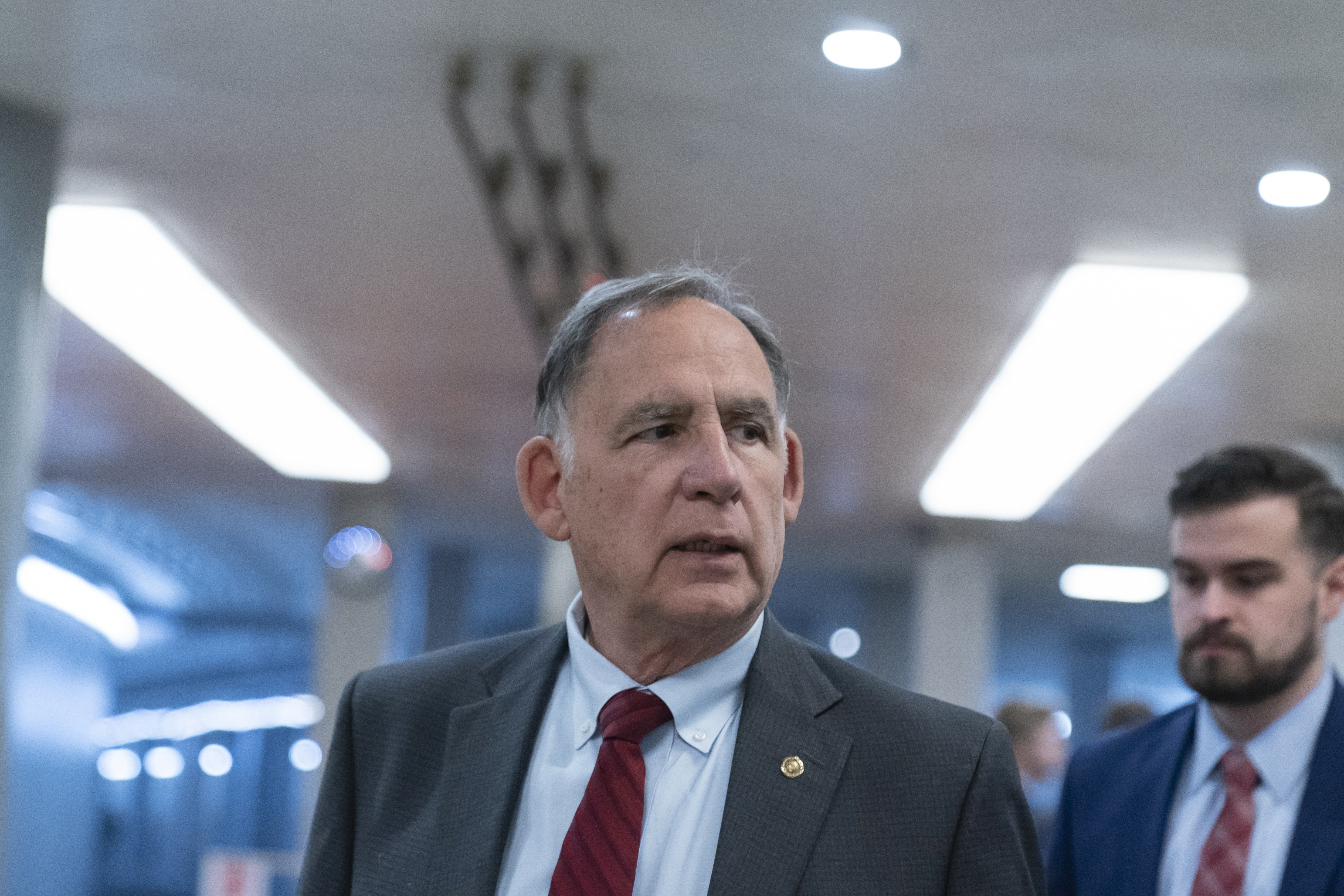 In response, Boozman has raced to maintain Trump’s support, get backup from Republican leaders and receive his own funding from major contributors looking to protect him. The incumbent has started airing TV ads attacking Bequette, a clear indication he isn’t taking his rival for granted.

Uihlein’s involvement illustrates how a single free-spending billionaire can alter the contours of an election and put a once-safe incumbent on edge. According to public disclosures, Uihlein’s $1 million gift to a pro-Bequette super PAC accounts for nearly all of the group’s money. The super PAC, Arkansas Patriots Fund, has flooded the TV airwaves with ads labeling Boozman as President Joe Biden’s “favorite Republican,” a “liberal” and “weak.” The commercials contrast him with Bequette, who is promoted as a hard-charging Super Bowl champion — he was on the Patriots’ practice squad when they won it all in the 2014 season — and veteran Army Ranger who is “pro-gun, pro-wall, pro-life.”

It’s unclear how serious a threat the 71-year-old Boozman faces, but the primary has become one of the best-funded and most serious efforts to dethrone an incumbent senator this year. Roby Brock, the editor-in-chief of Talk Business & Politics, a well-read website that covers the Arkansas political scene, said Uihlein’s money had lifted Bequette but that the senator was “holding steady.”

Brock cautioned, though, that if Boozman’s primary opponents hold him to under 50 percent of the vote in the May 24 primary, forcing him into a one-on-one June runoff against Bequette, “all bets are off.”

Uihlein, an Illinois-based shipping and supply company executive whose family founded Schlitz beer, has a long history of backing insurgents. In 2014, he was one of the biggest donors to Senate Conservatives Action, a tea party-aligned super PAC that spent in primaries against Senate GOP leader Mitch McConnell and then-Sens. Thad Cochran (R-Miss.) and Pat Roberts (R-Kan.), all of whom prevailed. In 2018, Uihlein plowed millions of dollars behind Jeanne Ives, a conservative challenger who ran — and narrowly lost — against the sitting GOP governor of Illinois, Bruce Rauner.

Ahead of the 2022 midterms, Uihlein has donated $2.5 million to a super PAC backing Missouri Senate hopeful Eric Greitens, a disgraced former governor who Republican leaders fret could lose in a general election against a Democrat.

But Uihlein’s track record in primaries is littered with expensive losses. In 2018, he spent $11 million in support of Wisconsin Senate candidate Kevin Nicholson, only to see the candidate lose the primary by 6 percentage points.

How Uihelin and Bequette became acquainted isn’t entirely clear. But they share an ally in former GOP Rep. David McIntosh of Indiana, the president of the anti-tax Club for Growth. McIntosh has been close to Bequette, and Uihlein has long been one of the Club for Growth’s biggest donors.

A spokesperson for the Club for Growth, which has no plans to endorse in the Arkansas primary, did not respond to a request for comment on McIntosh’s relationships with Uihlein and Bequette.

Those familiar with Uihlein’s thinking say he has long been attracted to young candidates with military backgrounds, such as Bequette. Over the years, he has provided financial support to veterans like former Michigan Senate candidate John James, former Virginia congressional candidate Nick Freitas, and Nicholson, a Marine veteran who Uihlein is backing once again in this year’s Wisconsin gubernatorial race.

This year, Uihlein is also supporting Ohio Senate candidate Josh Mandel, another Marine veteran, and Greitens, who was a Navy SEAL. Uihlein and Greitens spoke early last year after Greitens announced his candidacy, according to one person with direct knowledge of the conversation.

“The importance of his contributions cannot be overstated. Running against an incumbent is always an uphill battle, particularly with fundraising. Donations from him can often give challengers a fighting chance,” said Chris McDaniel, a Mississippi Republican who ended up falling short in the 2014 primary against Cochran and in a 2018 special election for the same seat, when he again had Uihlein’s support.

Uihlein did not respond to requests for comment. Representatives for Boozman and Bequette declined to comment on Uihlein’s involvement in the race.

Arkansas Republicans say there is little question that Uihlein’s super PAC funding has been a boon to Bequette, who has otherwise been far outraised by Boozman. Running ads in Arkansas is relatively cheap, making it easier for the pro-Bequette super PAC to saturate the state with TV spots attacking the low-profile Boozman and introducing the first-time primary challenger.

The fight has Boozman’s higher-profile allies in the state mobilizing on his behalf. Former White House press secretary and gubernatorial hopeful Sarah Huckabee Sanders has promoted her endorsement of the senator on social media, and Boozman’s campaign has aired TV ads with an image of Sanders and Boozman alongside one another.

Arkansas Sen. Tom Cotton, meanwhile, has emailed his list of small-dollar donors to help fill Boozman’s coffers, and he has appeared on a Boozman mail piece. Cotton, who has established a close working relationship with his home-state colleague, also filmed a pro-Boozman TV advertisement, which Cotton helped write the script for.

The National Republican Senatorial Committee is also pitching in for Boozman. “Our team has worked closely with the Boozman campaign and will continue to do so,” Chris Hartline, an NRSC spokesperson, said in a statement.

But while Boozman is still regarded as the heavy favorite, Bequette has emerged as a stubborn opponent. Arkansas Republicans say it has been hard for Boozman to figure out how to target Bequette, who has never previously run for office and lacks a legislative record. Bequette, meanwhile, has cast Boozman, who spent nearly a decade in the House before being elected to the Senate in 2010, as a “career politician.”

Among Boozman’s most outspoken backers is Mike Huckabee, who has known the senator for decades and has donated to him. In an interview, the former governor praised Boozman as “an absolutely solid senator” and “rock-solid conservative,” adding that “any claims otherwise are laughable.”

“For reasons that I don’t fully understand,” Huckabee said, one of Boozman’s rivals “is receiving an enormous amount of funding from some donor out-of-state. I don’t know why.”