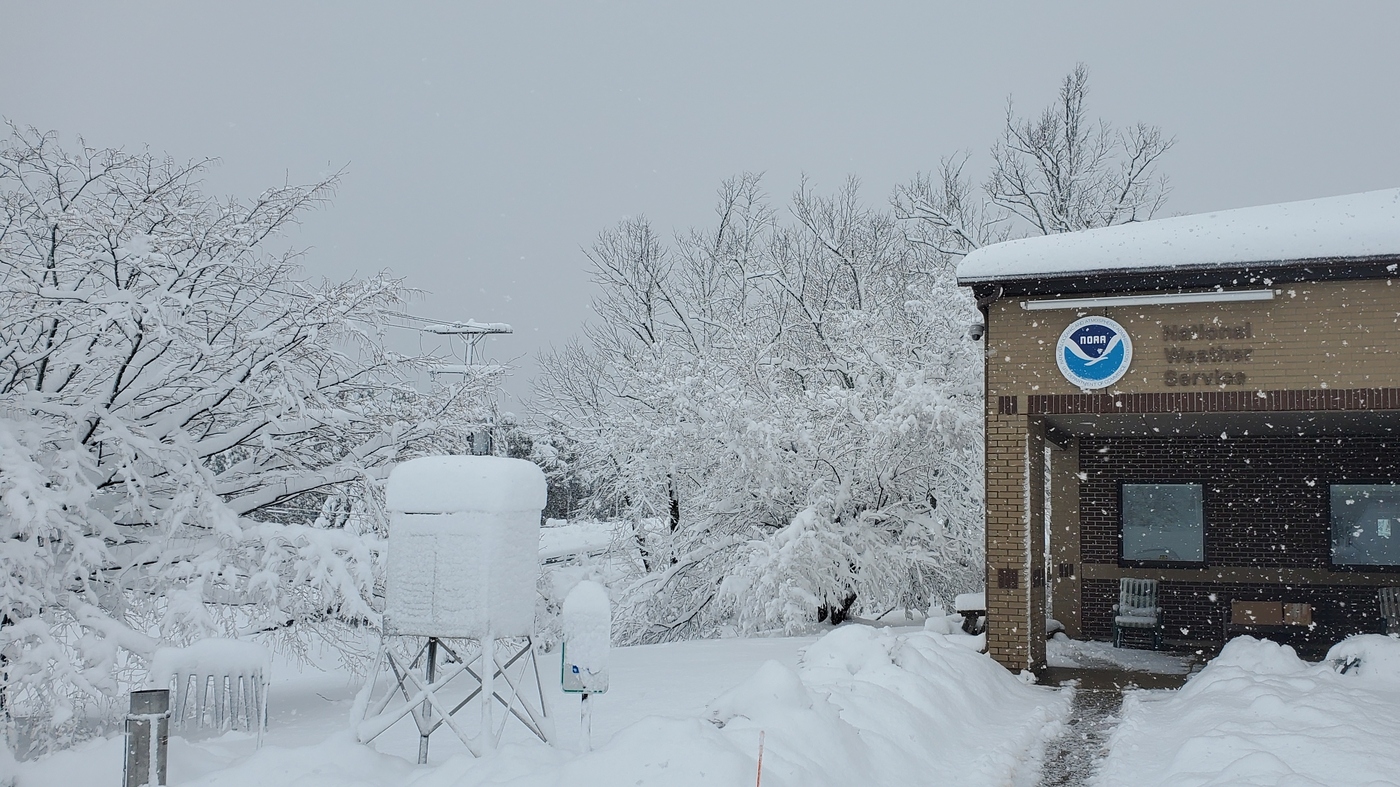 A fast-moving storm dropped over a foot of snow in some areas of New York, including in Binghamton, where the National Weather Service reported a record snowfall.

A fast-moving storm dropped over a foot of snow in some areas of New York, including in Binghamton, where the National Weather Service reported a record snowfall.

An overnight storm knocked out power to nearly 300,000 customers in the Northeast. As of Tuesday afternoon, close to 200,000 are still without power in New York state, according to PowerOutage.us.

Thousands more in Pennsylvania, Vermont and Maine reported power outages as a result of the late spring storm.

Heavy, wet snow knocked down trees and power lines, leading some local officials to say it could be a matter of days before the lights turn back on.

In Broome County, N.Y. — where nearly half of almost 93,000 customers were without power at some point Tuesday morning — County Executive Jason Garnar shared on Facebook that widespread power and telephone outages remain in the area.

Forecasts predicted snow would fall 1 to 2 inches per hour overnight, and by morning, some parts of New York saw over a foot of snow.

The National Weather Service said 14.2 inches of snow fell in the Binghamton, N.Y., area, breaking the all-time April record for two-day snowfall. The old record was 13.6 inches, made April 15 to April 16 in 2007.

Hochul said in an interview with a local radio station that she is speaking with local utility companies to hopefully speed up the power restoration process for hard-hit areas, like Broome County.

“There could be some [outages] that linger beyond today and tomorrow, but we really do hope that the majority will be restored within a day,” she said.