A Democratic lawmaker warned Alexandria Ocasio-Cortez about possible violence ahead of January 6 and to ‘dress down’ because she is a ‘very recognizable target’: book 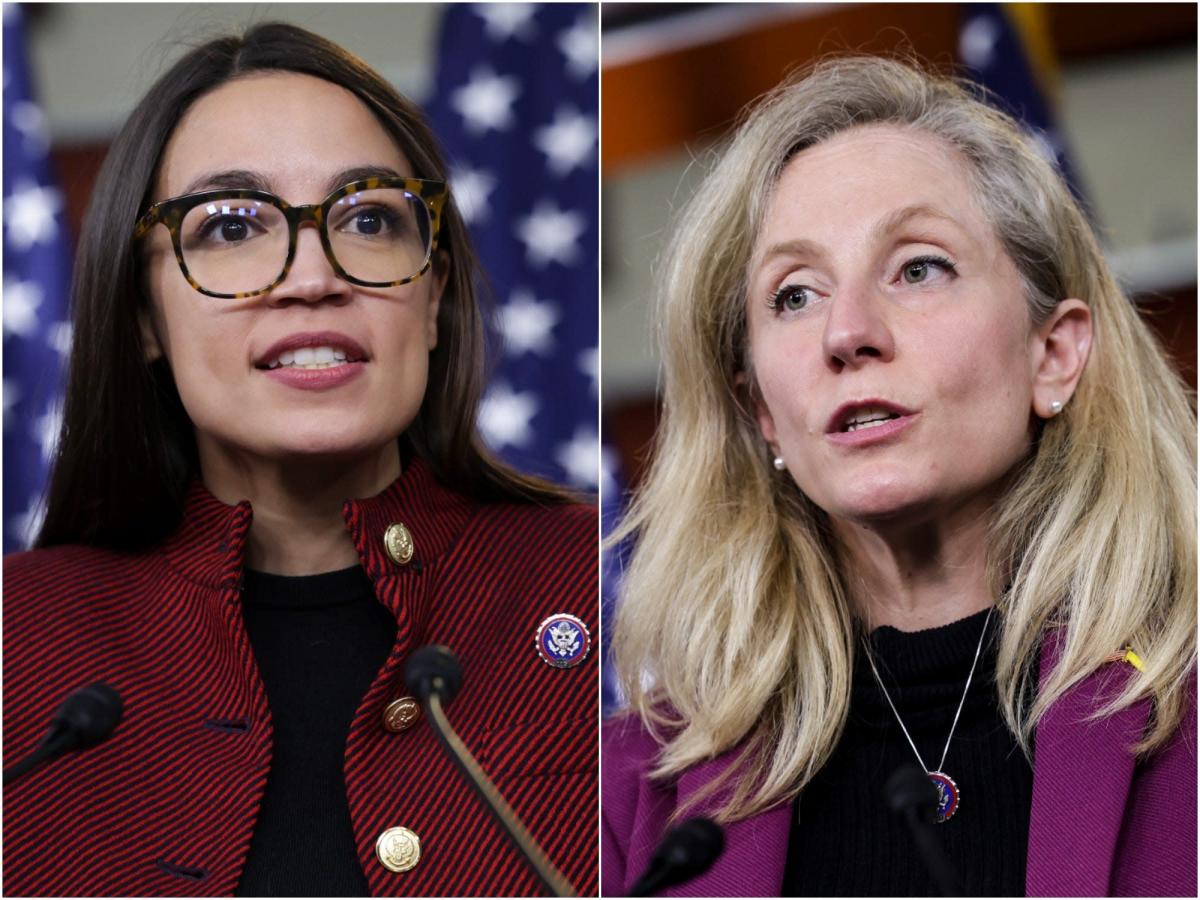 A former intelligence officer, Democratic Rep. Abigail Spanberger of Virginia worried about possible violence in the days leading up to January 6, 2021.

At the time, supporters of then-President Donald Trump’s efforts to overturn the election were planning to demonstrate that day outside the US Capitol as Congress carried out a typically pro forma duty, certifying Joe Biden as the winner of the 2020 presidential election.

Spanberger worried that fellow Democrats would be targeted and she was especially concerned about “highly recognizable progressive women,” including Rep. Alexandria Ocasio-Cortez of New York and others who had been “demonized by the right,” according to a forthcoming book “This Will Not Pass,” by New York Times reporters Alexander Burns and Jonathan Martin. Insider obtained an advance copy of the book ahead of its Tuesday publication.

The Virginia Democrat called Ocasio-Cortez to urge her to take precautions, a notable gesture given the two women represent “the enormous gulf within the Democratic Party” between centrists and left-wingers, respectively, Burns and Martin wrote.

“You are a very recognizable target,” Spanberger said she told Ocasio-Cortez. “Drive to work, and make sure that you dress in a way where you are less recognizable as you could possibly be.”

“Wear sneakers, dress down — don’t look like you,” she recounted for the authors.

Ocasio-Cortez later told CNN that she feared she would be raped and killed on January 6 as pro-Trump insurrectionists breached the US Capitol in their failed attempts to overturn the election.

“White supremacy and patriarchy are very linked in a lot of ways,” Ocasio-Cortez told CNN’s Dana Bash. “There’s a lot of sexualizing of that violence, and I didn’t think that I was just going to be killed. I thought other things were going to happen to me as well.”

In an essay for The 19th, Spanberger gave a gripping account of being in the Capitol on that day — and arriving prepared.

“I had anticipated that it might be a day of heightened engagement, so I had dressed accordingly, in slacks,” she said. “Old CIA mentality. If needed, I could be indiscernible by just taking off my blazer.”

She even joked with her husband in text messages about her hair being back in a ponytail, “which, to me, means I’m ready to fight.”

A spokesperson for Spanberger told Insider that the lawmaker’s CIA background “brings a unique perspective to Congress.”

“In the days before January 6, 2021, Rep. Spanberger was concerned about the potential for violence around the Capitol. She had conversations with multiple colleagues about staying safe, in the event of the conspiracy theory-fueled ‘Stop the Steal’ rally becoming dangerous,” the spokesperson said in a statement, adding that the lawmaker extended the advice to “dress down” to her office staff.

“When the insurrection unfolded on January 6 and Rep. Spanberger was stranded with other Members in the House Gallery, she continued to give advice — such as calling on her colleagues to remove their congressional pins,” the spokesperson said.

A spokesperson for Ocasio-Cortez did not return Insider’s request for comment.