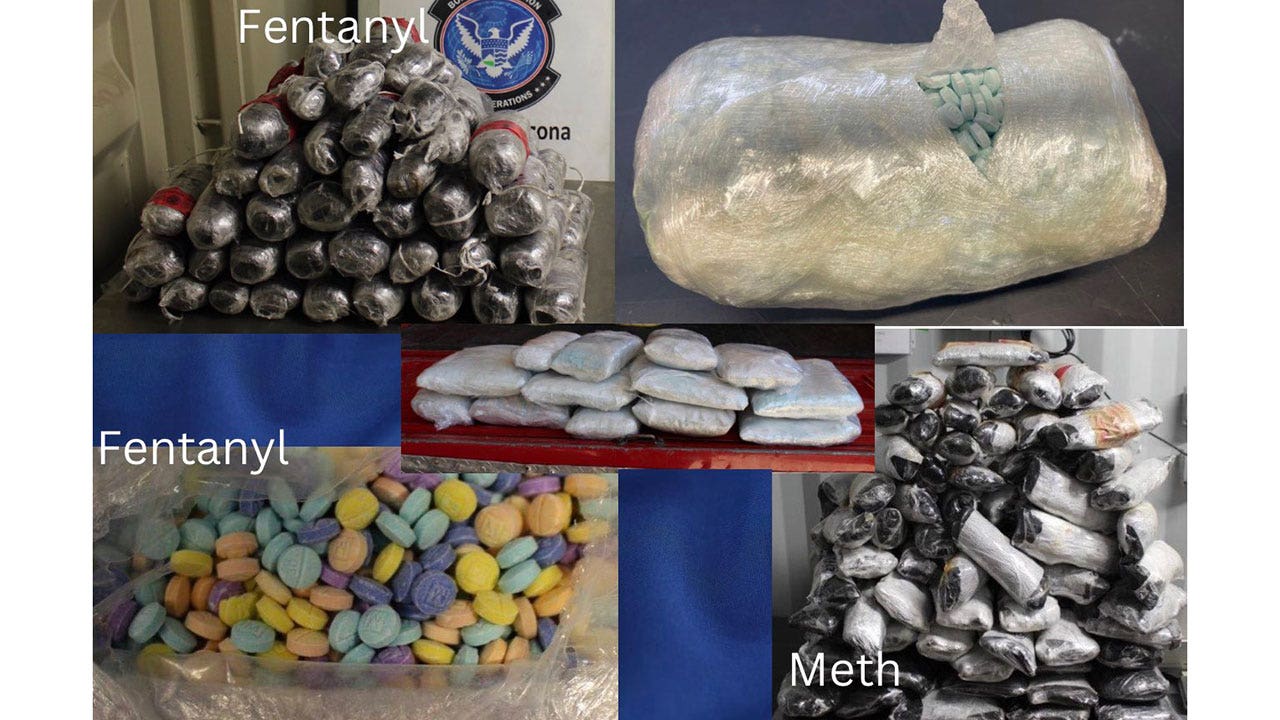 Law enforcement in the Portland area seized large quantities of fentanyl pills, methamphetamine and cocaine during a recent investigation.

Deputies in the Multnomah County Sheriff’s Office Special Investigation Unit became aware that an individual harboring a massive among of illegal narcotics was traveling through the region on September 18, according to Fox 12 Oregon.

In conjunction with the Clackamas County Interagency Task Force, the deputies followed the suspect in a vehicle driving into Clackamas County. Deputies obtained a warrant that allowed them to stop the driver and search the vehicle.

Inside the car, deputies discovered 92,000 fentanyl pills, three pounds of cocaine and 10 pounds of meth. Moreover, the sheriff’s office noted that the cocaine was cut with fentanyl.

WHAT IS FENTANYL? HERE’S MORE TO KNOW ABOUT THE DANGEROUS DRUG

Recently, the DEA has seized rainbow fentanyl pills that come in a variety of bright colors, shapes and sizes.
(DEA )

The investigation reportedly took law enforcement months to complete. They believed the cache of drugs being trafficked would have been sold in the Portland area.

Fentanyl is a highly addictive synthetic opioid that is nearly 100 times stronger than morphine, according to the U.S. Drug Enforcement Administration. Sheriffs noted that even two milligrams of the product could cause an individual to die from an overdose.

“Even the smallest amounts of fentanyl – one pill – can kill,” said Sheriff Mike Reese in a statement obtained by Fox 12. “By taking more than 90,000 fentanyl pills off our streets, our deputies are saving countless lives.”