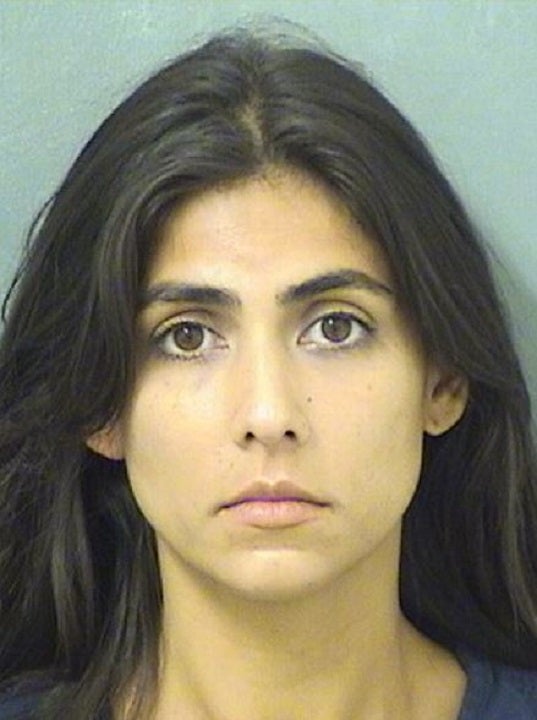 The boyfriend of “90 Day Fiancé” alum Caroline Schwitzky has been arrested after he allegedly attempted to strangle and drown her, according to media reports.

Cole Goldberg, 23, was arrested by the Florida Fish and Wildlife Conservation Commission in West Palm Beach and faces a first-degree attempted murder charge and battery –touch or strike, according to Palm Beach County Sheriff’s Office jail records. He was released Monday, hours after being booked, on a $60,000 bond.

Schwitzky was also arrested and booked for a warrant from another county and released the same day on a $1,000 bond.

Caroline Schwitzky, 32, was attacked by her boyfriend while on a boat in Florida, authorities said. She was also arrested for a warrant from another county, according to jail records.
(Palm Beach County Sheriff’s Office)

A police report obtained by the New York Post said witnesses saw Goldberg and Schwitzky in a heated argument on a boat. The couple have been dating for about a year.

Schwitzky attempted to escape the vessel but Cole “was grabbing her very aggressively” to keep her on the boat, the Post news report said.

Schwitzky, the CEO of Miami talent agency Urge and a mom of three, punched Goldberg’s arms to free herself during the alleged struggle, which lasted roughly 20 minutes. She jumped into the water to swim to a nearby boat, a witness told authorities.

Goldberg went after her and allegedly tried to drown her. A bystander named Matt Paris jumped in and intervened.

Cole Goldberg, the boyfriend of “90 Day Fiancé: Happily Ever After?” star, Caroline Schwitzky, is accused of trying to strangle and drown her in Florida.
(Palm Beach County Sheriff’s Office)

Schwitzky, 32, sustained bruises to her arm, the police report said. She previously appeared on TLC’s “90 Day Fiancé: Happily Ever After?” in 2016.

Schwitzky and Paris have obtained a no-contact order against Goldberg, the Post reported. Goldberg is expected to appear in court on May 25.